In Jerusalem’s Old City there are dozens of churches, but as Christmas beckons there is just one Santa Claus — a towering Palestinian former basketball player.

Each December, the streets sparkle green and red as Christian pilgrims and others arrive to celebrate Christmas in Israeli-annexed east Jerusalem.

Seven years ago one resident, Issa Kassissieh, transformed the ground floor of his 700-year-old home into a grotto, complete with candy, mulled wine and a chance to sit on Santa’s lap.

Welcoming the season’s first visitors to Santa House, the red-suited and bearded Kassissieh belted out a “Ho, ho, ho!” at families queueing to see him.

“We are dealing with many religions here in Jerusalem. We have Muslims, Christians and Jews. I have all religions come to my house. I open my hands to everybody,” said Kassissieh, himself a Christian.

Among the visitors were a group of Israeli tourists, as well as two priests who blessed the opening with prayers in Arabic and the ancient language of Aramaic — the language of Jesus.

At 1.9 metres (six feet three inches) tall, Kassissieh’s height served him well as captain of the Palestinian basketball squad, and doesn’t seem to intimidate the children he towers over.

“I’m not a Christian, but I still love Santa Claus… We have a (Christmas) tree at home too,” eight-year-old Marwa, a Palestinian Muslim, told AFP, grinning. 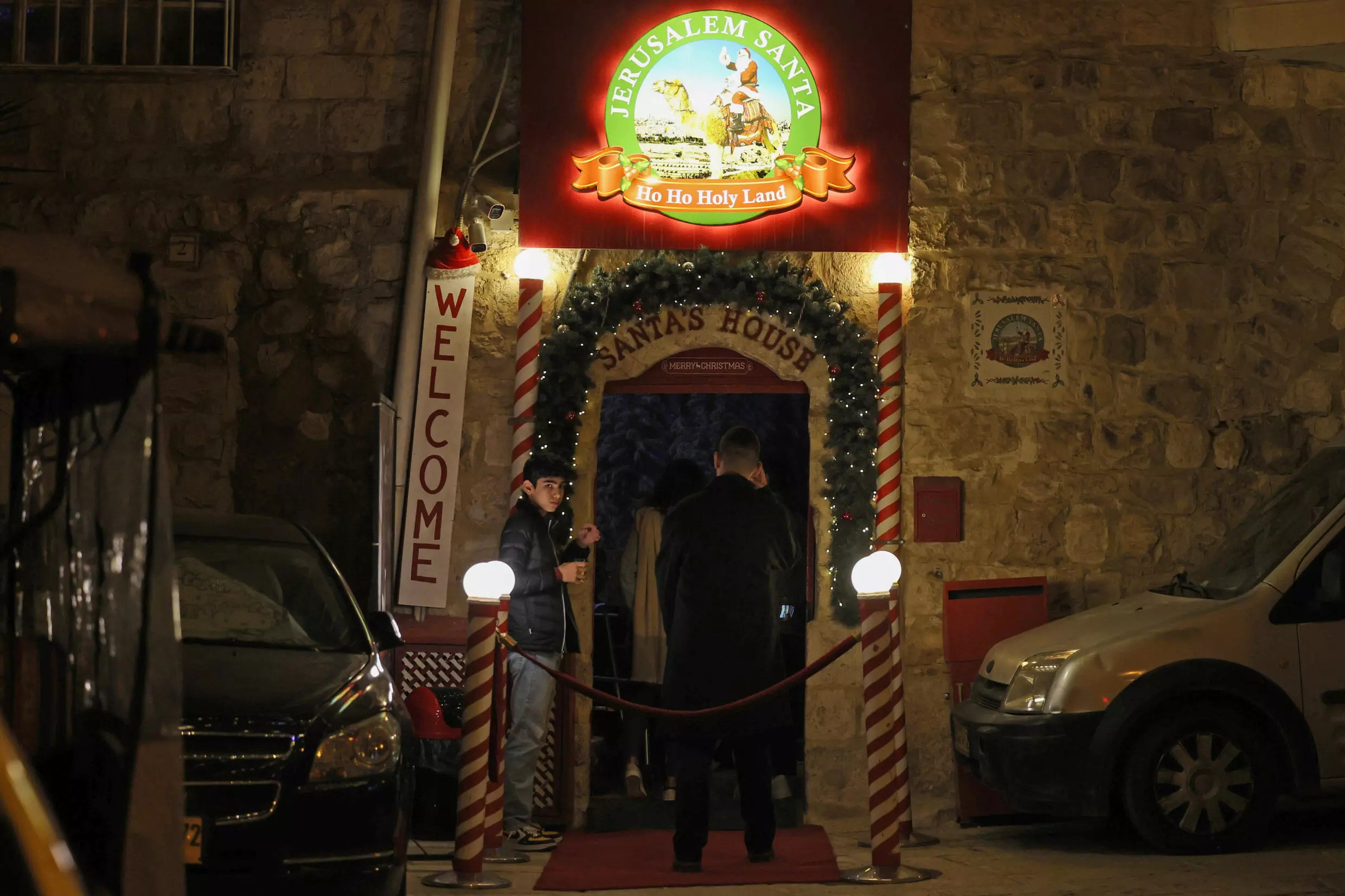 Visitors from around the world also lined up to sit on Santa’s lap, and to find out if they were on his naughty or nice list.

Alison Pargiter, from the United States, waited with her children.

“It is important that our kids have fun, but we also want them to know the true story behind Christmas,” the 52-year-old said.

While Jerusalem is home to the Church of the Holy Sepulchre, which Christians believe contains Jesus’s tomb, the Nativity story of his birth happened in nearby Bethlehem, according to the faithful.

But at Santa House, Kassissieh said his young visitors have more modern concerns.

“Every child asks me for an iPhone,” he chuckled.

“I never promise anything, but I say: ‘Let’s pray, and if you’re on my good list, you will get it.'” 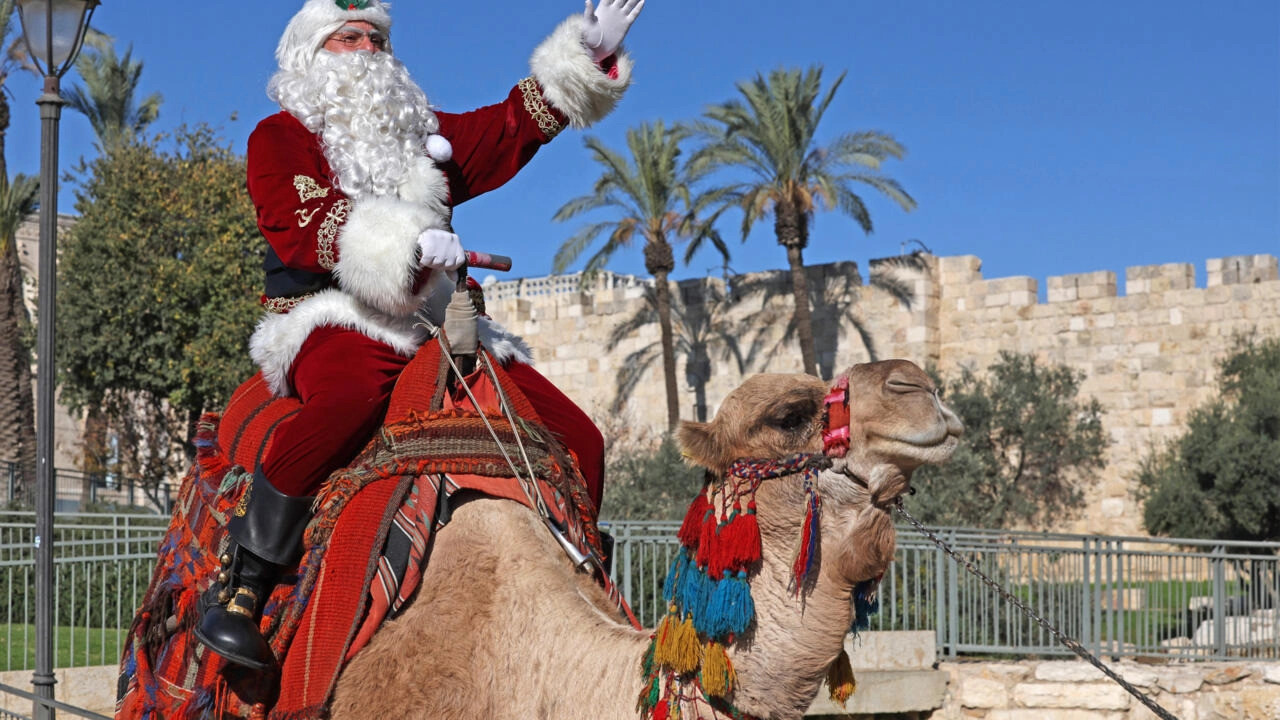 As a child, Kassissieh’s father would dress up as Santa for him and his two sisters.

Fifteen years ago, he found his father’s suit and decided to slip into the red velvet role.

But it has involved more than just putting on a suit.

Since then, he has attended the World Santa Claus Congress in Denmark and studied at a Santa school — yes, there is such a thing — in the US state of Colorado.

Kassissieh displayed a certificate from another centre of Santa learning, the Charles W Howard Santa Claus School, and said his training makes him Jerusalem’s only accredited Santa.

Based in Michigan, the Howard school traces its establishment to 1937, making it the world’s longest-running. 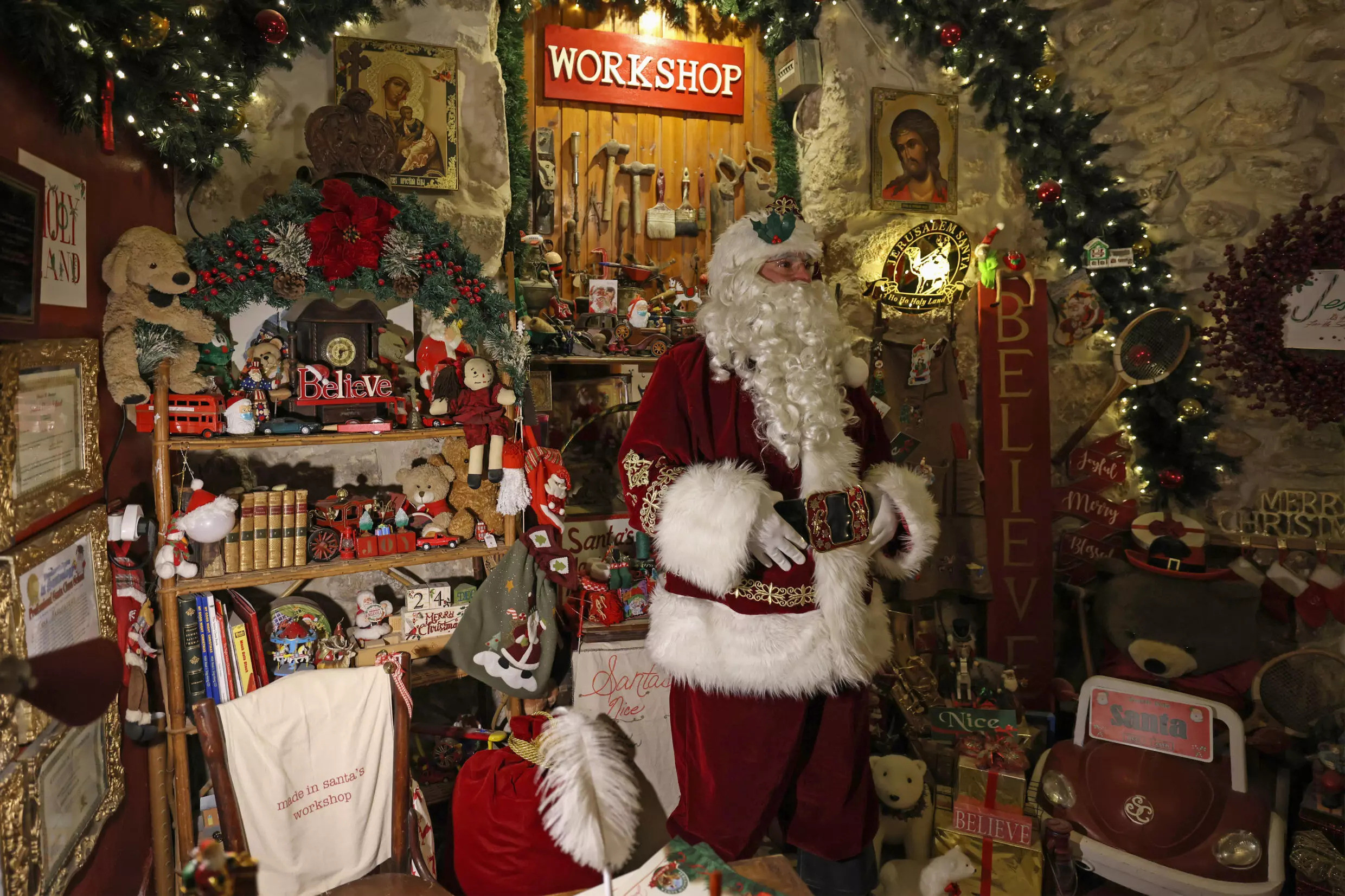 In his role, he is all too aware of the sensitivities in Jerusalem.

As well as its importance to Christians, the Old City is home to sites revered by Jews and Muslims. For decades it has been a focal point of the Israeli-Palestinian conflict.

“It’s special to give the message of love and peace from Jerusalem — it’s the heart of the world,” he told AFP at his grotto.

For the Jerusalem native, the secret to being a good Santa is simple.

“It is always, to have an answer to the children’s questions,” he said.

Have something to add to the story? Share it in the comments below.

Jaws, The Last of Us, The Lion King, Star Wars, The Whale